Invasive aquatic plants to watch out for this summer But it’s not only these “5 most wanted” species that cause problems -there is an extensive list of invasive aquatic plants that can take over a body of water and negatively impact the aquatic environment leading to the loss of other plants and wildlife. Take a look at this guide to identify them.

The following 5 non-native species of invasive aquatic plant are now banned from sale and sightings should be reported to enable swift eradication:

Grows around the damp margins of freshwater ponds and in water up to 3 metres deep. It forms dense, choking carpets which reduce light levels in the water below, causing die off of native species and reducing oxygen levels.

These invasive aquatic plants (pictured above) forms dense mats of rounded leaves that float across the water surface. It’s rapid growth rate (up to 20cm per day) means is rapidly crowds out native species, causing an imbalance in oxygen levels in the water, and a subsequent threat to aquatic wildlife and choking drainage systems.

This  plant floats on the surface of ponds and lakes, ditches and canals. It propagates itself readily by breaking up to form separate plants, and reproduces by means of two kinds of very unusual spores and spreads so rapidly by vegetative propagation that it has become a widespread weed of water bodies in the UK and around the world.

Another on the hit list of invasive aquatic plants, Parrot’s Feather typically grows in freshwater streams, ponds, lakes, rivers, and canals that have a high nutrient content. It produces long stems and floating mats of attractive feathery leaves.
It can root from small stem fragments and readily escapes into the wild, where its vigorous growth allows it to become dominant in a body of water, growing to such an extent that it can  out-competes native vegetation, blocking light and altering patterns of flow.

Originally introduced as an ornamental and water garden plant, this species bears bright yellow flowers but can cause havoc if released in the wild. Water primrose can have a devastating effect on native habitats with its rampant growth out-competing native species clogging  and dense vegetation contributing to flooding. It spreads primarily by stem fragments but also by seeds which means it can spread quickly and it can make eradication difficult.

Alternatively, complete our contact form at the bottom of the page and upload photographs.

Each species of plant will require tackling in a slightly different way, whether harvesting, cutting, excavating or in some cases (under special license), spraying.

The Aquatic Solutions team have the skills, knowledge and experience to tackle all invasive aquatic plants – contact us now to arrange a free informal discussion.

If you would like to learn more about how we might be able to help your water way, with our aquatic weed control or silt removal, please contact us and we can have an informal chat to discuss the areas that interest you.

We will have a conversation with you so we can learn more about your needs. We utilise Google Earth or you can attach pictures of the area to help discuss any project with us in more clarity and detail.

All of our quotations  are provided free of charge and in the case of larger jobs we would undertake a site survey.

With the UK's largest fleet of #Truxor Amphibious Machines we are specialists in Pond & Lake Restoration, Aquatic Weed Control, #Silt Pumping and #Dredging

Before and after photographs showing the instant transformation our #Truxor and our experienced operators can make to a #watercourse! 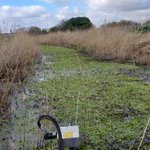 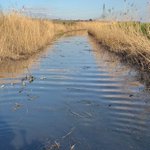